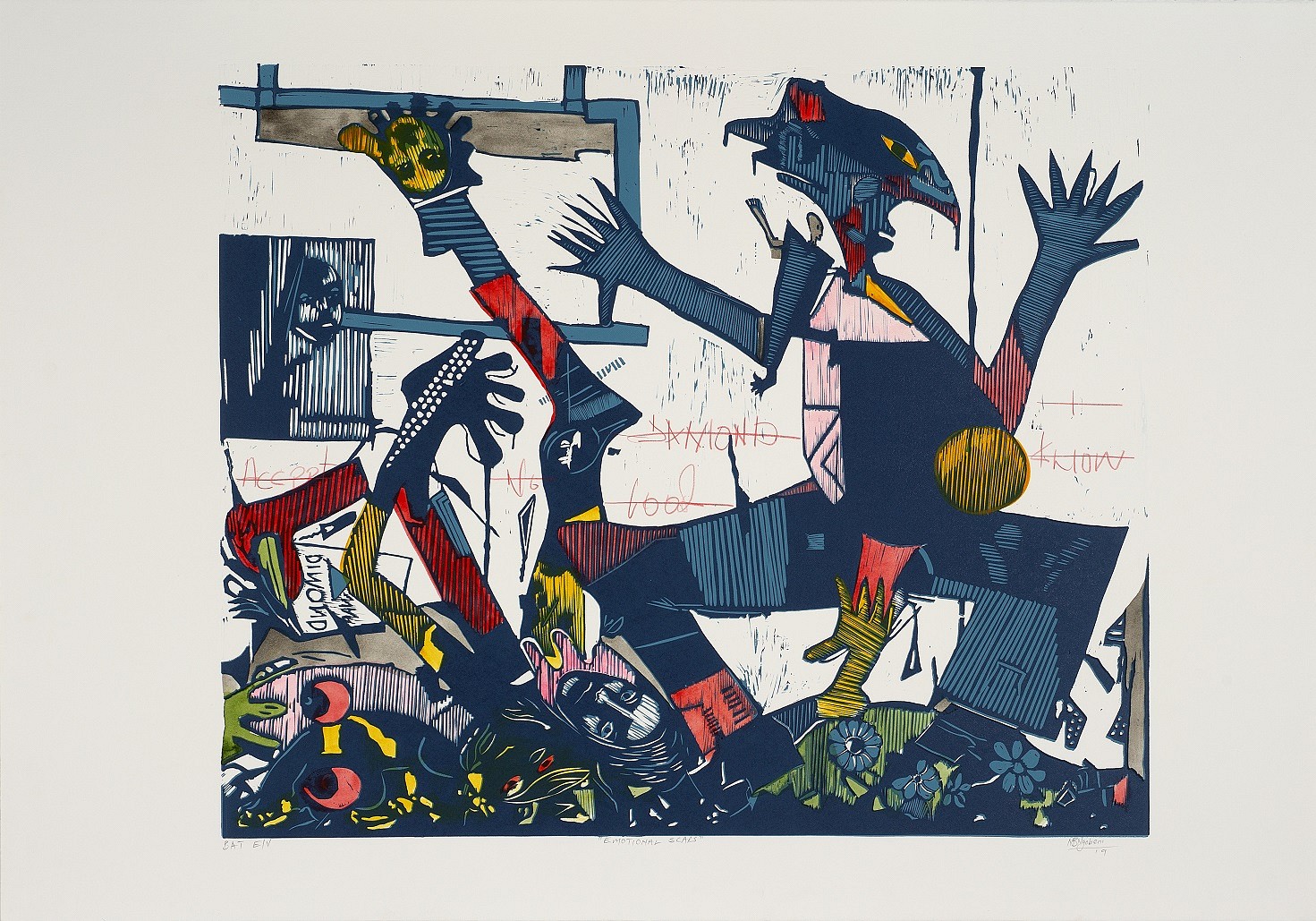 This new series of hand-coloured linocuts is based on Blessing Ngobeni’s 2016 exhibition at Everard Read’s CIRCA gallery, THE SONG OF THE CHICOTTE.

In the 2016 exhibition , Ngobeni used the chicotte (a French term for a whip used by colonialists in the 19th century) as a metaphor for slavery in general – not just historical slavery but slavery of the mind, the spirit – in the country, our relationships, ourselves. We brutalise ourselves and each other, perpetuate the patterns that we have inherited: the sins of the fathers are, more often than not, still being visited on their children. Instead of these old patterns, Ngobeni urges us towards a new vision of the world – one not ruled by the hyenas of old, who wear different guises and inflict the same punishments.

Four years later, Ngobeni has revisited that powerful series and reproduced the artworks from that seminal show in the medium of print. The linocuts offer a graphic reinterpretation of Ngobeni’s large, bold, and complex collages on canvas – rendering the familiar images in softer tones of blues, purples and greys. The linocuts offer an intimate conversation with the artist, a quiet moment to reflect on his past statements, future ambitions and immediate realities.

Working predominantly on canvas, he uses collage and acrylic paint to create complex forms containing vast amounts of detail within. He has also produced steel sculpture and video work. His oeuvre demonstrates his investigation of politics, society and social media.