WAYNE BARKER: Love Light in the Time of Corona 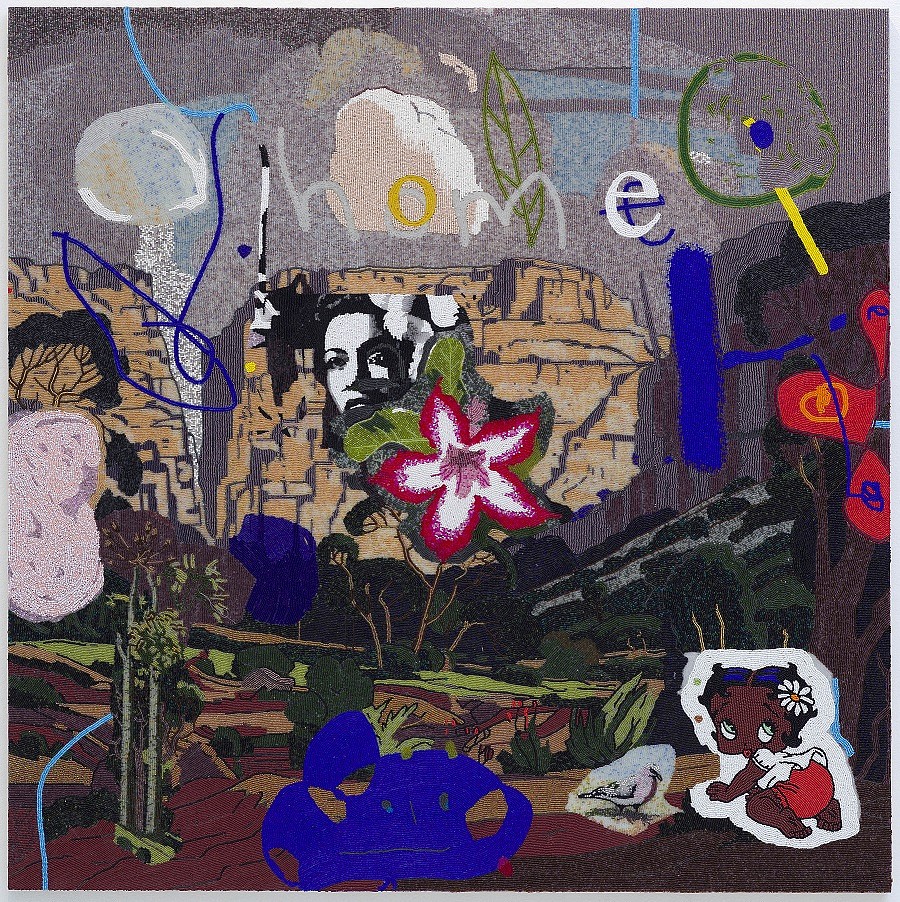 Wayne Barker has never been one to shy away from chaos.

In 2015, his solo exhibition at CIRCA centered around the “Je Suis” movement, sparked by the terrorist attacks in France which sent shockwaves around our planet. The world, finally shaken out of its sleepy disdain for religious extremism, was confronted with the horror it had not only long-ignored, but created. Barker tackled this head-on, creating a series of paintings and beadworks that reverberated the confusion, colours, and slogans of the time, unravelling the narratives presented to us by the world media.

Barker is well-known for his bold critical social and political commentary, and is an artist who is continuously grappling with the issues of the present, whilst reflecting on the past.

Currently, the world is facing a pandemic comparable to the devastating Spanish Flu of 1918, which lasted two years and infected almost a quarter of the world’s population. Covid-19 has exposed the vulnerabilities of the most powerful nations; the arrogance, the complacency, and the human cost of propaganda have resulted in over a million deaths worldwide (at the time of writing this).

The self-isolation imposed by governments around the world to curb the spread of this virus has resulted in some unexpected phenomena. The internet has played an unprecedented role in allowing businesses to operate, families to communicate, and people to find comfort through humour and the dissemination of positive messages, images and videos.  It has allowed us to stay connected, even though this virus has physically separated communities and individuals.

In this series, Barker has shifted his focus away from his searingly critical, broader observations on society at large, and began to paint portraits of the people around him. The catalyst for this shift in focus was twofold, as Barker explains,

"As soon as the lockdown happened here in South Africa, I had to limit my production as I didn’t have enough materials at my studio. On the one hand I have been limited to a certain way of working, I had to rethink the scale of my artwork, but on the other hand it was quite enlightening, as I created in a very personal and emotional way, without worrying about contemporary art, galleries or museums…”

Barker reached out to loved ones, friends, friends of friends, and asked them to send him ‘selfies’ taken with their smart phones. This image, selected by the sitter, was the starting point for the portrait. Barker then painted layers of colour and text over the images, expressing a great tenderness toward his sitters and allowing him to contemplate the effects of isolation and confinement.

“This series of portraits have been a way to reflect on myself as a human being in the time of coronavirus. I chose to add a hopeful light that illuminates the whole painting. It’s been very meaningful to create light in the time of the virus.”

These portraits speak to the private moments, the fears and uncertainties, as well as the strength of our collective humanity. The whole world has been permanently altered in the last six months, and yet our fundamental needs as human beings remain unchanged.

“This lockdown also brings lights to what is important and what isn’t in our lives. These times of adversity are also well known as resourceful times for artists, being mirrors of an emotion, of a moment, of a society. It’s been interesting to see what people have been creating, as simple as a joke about the virus from the beggar in the street. The coronavirus also brings a sense of hope as we all want to get through this and just be human beings.

No one knows what this virus is obviously, so we have to learn how to deal with it, in an intelligent and creative way. So, in my artworks, I’ve been portraying my feeling about that, with hope."

This is an ongoing project, and Barker invites viewers to participate by sending their ‘selfies’ to the artist. A smartphone will be available during the exhibition to take the photograph and Barker will continue to paint these portraits, as markers of a time and place that we will never forget.

The exhibition segues from the portraits into Barker’s “postcard works”. Barker has collected historical postcards depicting South African cities and peoples, and has used them as a launching point for his investigations into South African culture and our complex relationship with history. In this exhibition his postcard works feature early images of the iconic buildings and landmarks in the Johannesburg CBD. Much like the landscapes painted by J. H. Pierneef, an infamous starting point for a number of Barker’s paintings, these scenes of downtown Joburg bear little trace of human inhabitation and stand as ghostly monuments to politicians and industrialists gone by. During our nationwide lockdown, these staged images of an empty city become a disturbing reality in our usually-bustling CBD, as citizens sheltered at home.

Barker then swings back from these visuals of a Ghost City, his beloved Johannesburg, toward the curiously unpeopled landscapes of Pierneef, overlaid with images of Betty Boop, Billie Holiday, Edith Piaf and Impala Lilies. “Strange Fruit” was recorded by Holiday in 1939 and told the powerful story of lynching of African Americans in the Southern States of America, a song particularly resonant after the Black Lives Matter protests brought the brutalization of black bodies to the forefront of global news this year, 81 years after the song was released and 26 years after the fall of Apartheid.

Packed full of symbolism, history, innuendo and pop-culture, this exhibition is a critical reminder of the complexities of emptiness and offers a glimmer of salvation in our collective humanity.