WAYNE BARKER: Cathedral of my Garden 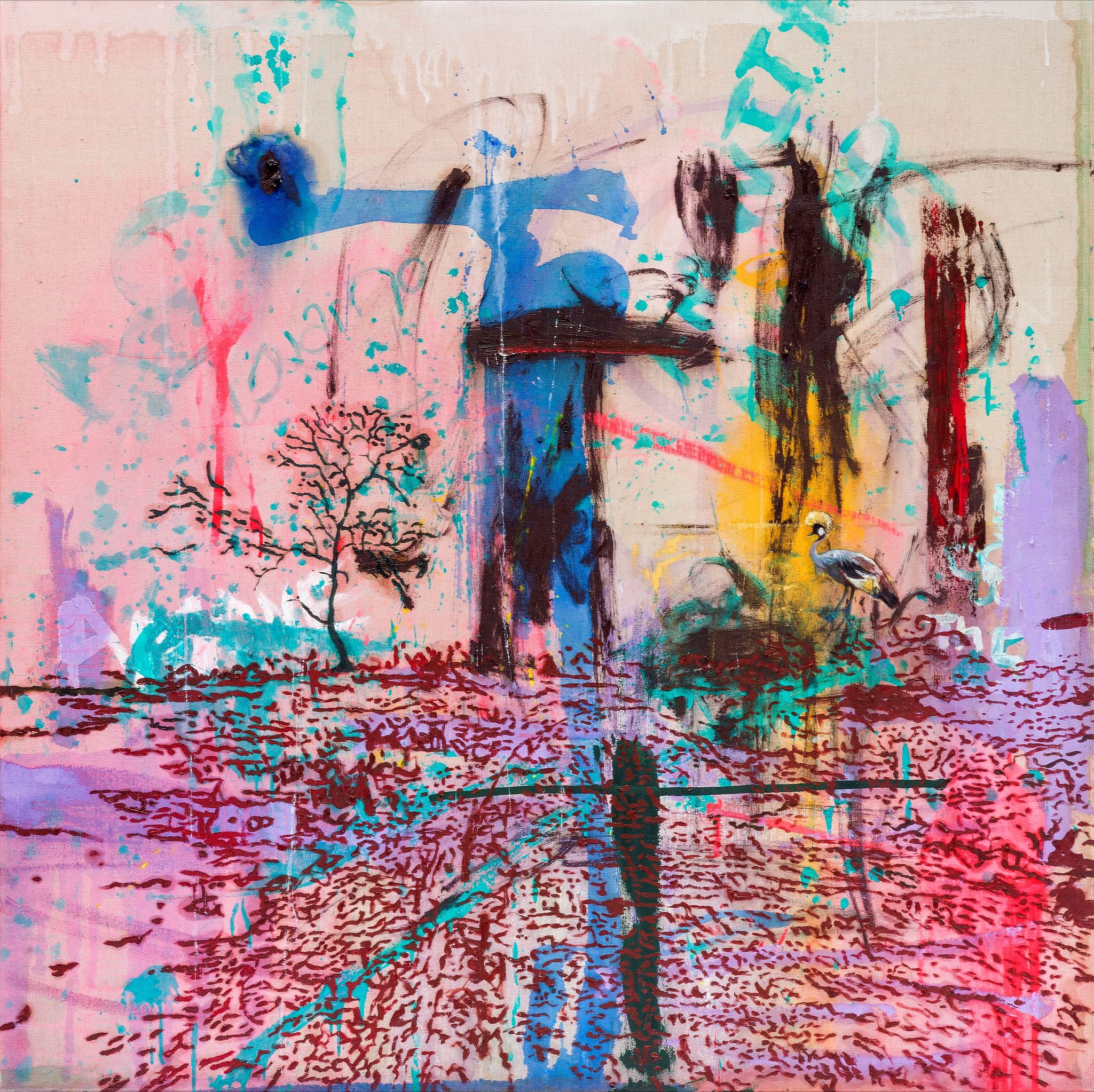 Everard Read Johannesburg is pleased to present Cathedral of my Garden , a solo exhibition by Wayne Barker.

Nestled within a dense, green woodland garden, the new residency of Wayne Barker hums with ambition.

Barker was fondly known as the “Mayor of Troyeville”, a now-neglected suburb of Johannesburg and microcosm of the complexities, hardships and realities of South Africa. For decades, this gritty suburb has fueled Barker, inspiring and informing bodies of work that have been exhibited and celebrated both locally and abroad.

In 2020, the world changed, and so did Wayne Barker; he packed up his life in Johannesburg and moved to Komatipoort, a little border town in the north of South Africa, at the edge of the Kruger National Park, and situated on the country’s border with Mozambique.

At first, the ‘escape to the country’ delivered on its promises of rural bliss; a gorgeous, green garden became the bedrock upon which a quirky rondavel was built, there were daily drives into the Kruger Park, sundowners at the golf club and evenings staring at clear skies filled with stars. But it wasn’t long before Barker began to scratch beneath the surface of this little town, and uncover the seedy realities of life on the border.

Barker poured his restlessness into his garden, lovingly cultivating this green oasis and building a studio up in the trees. In his garden, he watched a pair of flycatchers court, nest, rear their chicks and then defend themselves against the resident boomslang; in town he observed the pitfalls of a community barely surviving on the margins of our complex country.

This body of work, produced in the sanctuary of the garden studio, demonstrates the tender affection of Barker toward his new surroundings – indigenous trees, birds and wildlife emerge and then fade into hazy landscapes.  However, Barker cannot neglect the complexities of his new community, his paintings are also occupied by found objects that are at once bizarre, deeply personal, and symbolic of the harsher realities of life in Komatipoort that exist beyond the sacred space, the cathedral, of his garden.