@CIRCA - CONRAD BOTES: THE GOLIATH PROTOCOL 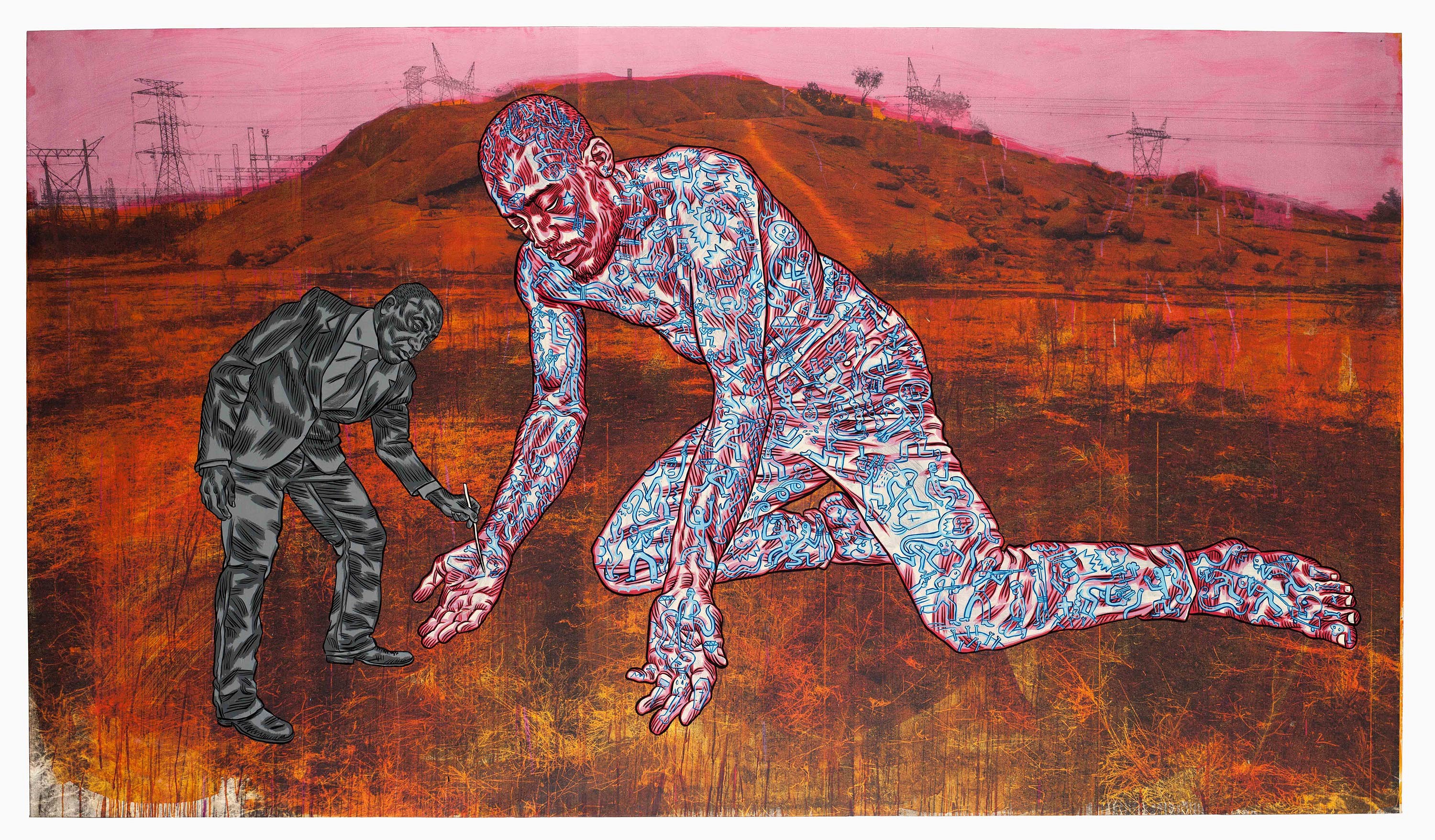 The Goliath Protocol, opening at Circa Gallery in Johannesburg, will be Conrad Botes’s first major solo exhibition in five years.  The work will include four large-scale canvasses, including a 2 x 7 metre painting in oils that would be Botes’s most ambitious work to date. A large selection of vignettes from the artist’s drawing books will shed light on various influences leading up to these works, with a particular focus on Spanish artist, Francisco Goya.

Of the title work for the show, Botes says:

“Since 2009 I have focused on using biblical figures and myth as the core elements in my exhibitions and work to explore certain political issues prevalent in South African history through the use of allegory.

In my 2009 exhibition “Cain and Abel,’ I used this biblical reference as an allegory that reflects on the origins of violence. It’s a return to the very first tale of murder as related in the Bible and Qu'ran and draws parallels between that story and violence as it occurred in South African history.

Recently, upon reflecting on the Marikana massacre, it occurred to me that the myth surrounding David and Goliath holds many similarities with the events that occurred during August 2012. It is almost as if a more fitting allegory could not be conceived otherwise; a giant on a hill negotiating with a fearful opponent, a challenge that went awry and the slaughter with a ballistic weapon.

My painting “The Goliath Protocol” attempts to combine allegorical narrative with history painting and I hope to capture the essence about the events that occurred on 16 August 2012. It is not an attempt at making a political statement.”

With this particular work, Botes collaborated with the Spier Arts Trust, Woven Ceramics and Black River Studio to reconfigure the work as a 4 x 7,5 metre painting executed on ceramic tiles and to be exhibited outdoors in a public space.