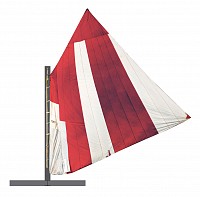 Michael MacGarry is a multi-award winning visual artist and filmmaker based in Johannesburg. He holds a Masters Degree in Fine Art from the University of the Witwatersrand, where he is currently a PhD. candidate (History of Art). MacGarry is a fellow of the Gordon Institute of Performing and Creative Arts (GIPCA) at the University of Cape Town and a recipient of the Standard Bank Young Artist Award 2010.

Michael’s political and poetic oeuvre is realised across a diverse range of media - including sculpture, photography, installation and film. His focus is on the tension between marginalised and so-called centralised narratives; the postmodern micro and the modern macro in spaces where contemporary life is in a state of invention and flux.

There’s an Animal Inside.

As Above, So Below.

This is your world in which we grow, and we will grow to hate you.

Or Until the World Improves

The Film Will Always Be You