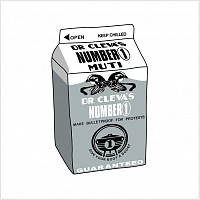 “Neill Wright’s ‘Wilderness Series’ makes extensive use of the circular, tondo, form of painting. Tondi were usually utilised in the Renaissance to portray the Virgin and Child or the Holy Family and it was believed that the round shape of the panels aided in heightening emotion and concentrating focus in such works. While Wright’s subject matter is different in ‘Wilderness’, here he too has used the form to concentrate our attention and present an intense, even overwhelming scenario to our view.

The culture of excess, consumerism and abundant consumption in which we all live (or in some cases aspire to live) is a condition that affects Africa as much as the West – though often the Western indulgence in such a condition is usually at the expense of the global South. Wright, in his bottle caps, tondi and bitten-into apples, unfurls a dizzying, bilious series of explosions of colour, words and symbols before us. On one hand these seem to be playful things but on closer inspection we see that what lies beneath the heady splashes of colour and intersecting abstract forms are hints of devastating things, as if in being dazzled by the bright lights of contemporary life we are simultaneously being blinded to the future that such indulgence and carelessness will manifest.

Almost as a counterpoint to his ‘Legacies of Liberation’ series in which the most horrific situations experienced in contemporary Africa are evoked through Lego-like figures, in ‘Wilderness’ Neill Wright portrays nuclear proliferation, genetic manipulation and the constant, unremitting environmental disaster that we are all heir and progenitor to through happy, bright, even cartoonesque layerings and juxtapositions. In the series lactations and ejaculations; explosions and implosions compete for our attention with lush foliage and sunny vistas about to turn dark. And constantly we are presented with grasping hands, perhaps signalling for the artist the act of play as much as manipulation and control.

For in this work we are not in control. This dreamscape is a fever dream, and we are rushing headlong into a painted world whose flatness and abstraction belies the complexities that the artist has embedded into the seemingly happy-go-lucky surface that he paints.  Like the ‘superflat’ artists of Japan, headed and theorised by Takashi Murakami at the turn of the twenty-first century, who wished to critique the superficiality of their time through the post-painterly abstraction of extreme flatness in their work, Neill Wright seems to have developed a new language a painting to consider the space in which we live today, often torn between Western desires and demands and the needs, iniquities and aspirations of living in South Africa.

Is Wright’s ‘Wilderness’ a jungle of our own making? Or is there, beneath the surface, a hint of an Eden to be seen? If so, have we bitten into Eve’s apple; or popped the cap of a fizzy, heady drink that will make us sicken at its sugar-free sweetness as it gushes over our hands and indeed, in viewing it, over our eyes?”

Andrew Lamprecht is a senior lecturer at UCT’s Michaelis School of Fine Art. He is active as a curator and writer with focus on contemporary South African art.

Neill Wright is a multidisciplinary artist based in Johannesburg, South Africa. His satirical work braves the world of social commentary in a bold, colourful and humorous manner. Wright explores various mediums, such as sculpture, printmaking and painting as modes of expression, drawing inspiration from the interconnected worlds

of media, popular culture, politics and societal interactions in an attempt to create panoramic views of current issues, hardships, complexities and paradoxes present within South African and to some extent African society as a whole. Through highlighting the absurdities of a collectively experienced ‘everyday’, his work subverts the tragic, placing the viewer in a space where they are confronted by opposing feelings: the melancholic reality and the ironic hilarity of his compositions.

In 2007, Neill graduated with distinction for the degree of Bachelor of Arts in Fine Art (Honours), at the Michaelis School of Fine Art, University of Cape Town, where he was co-awarded the Simon Gerson Prize for an outstanding body of work.  In 2009, he graduated with a Postgraduate Diploma in Fine Art, majoring in printmaking. In 2013, Wright was named one of the ten emerging South African artists to watch by The Times, and he has exhibited in a number of group and solo shows as well as at numerous South African and International Art fairs. His works are housed in private collections in Europe, the United States, Australia and South Africa.

Wilderness, CIRCA on Jellicoe, Johannesburg

The Atrophy and the Ecstasy, Sulger-Buel Lovell, Cape Town

The Hilarity of Reality, Circa on Jellicoe, Johannesburg