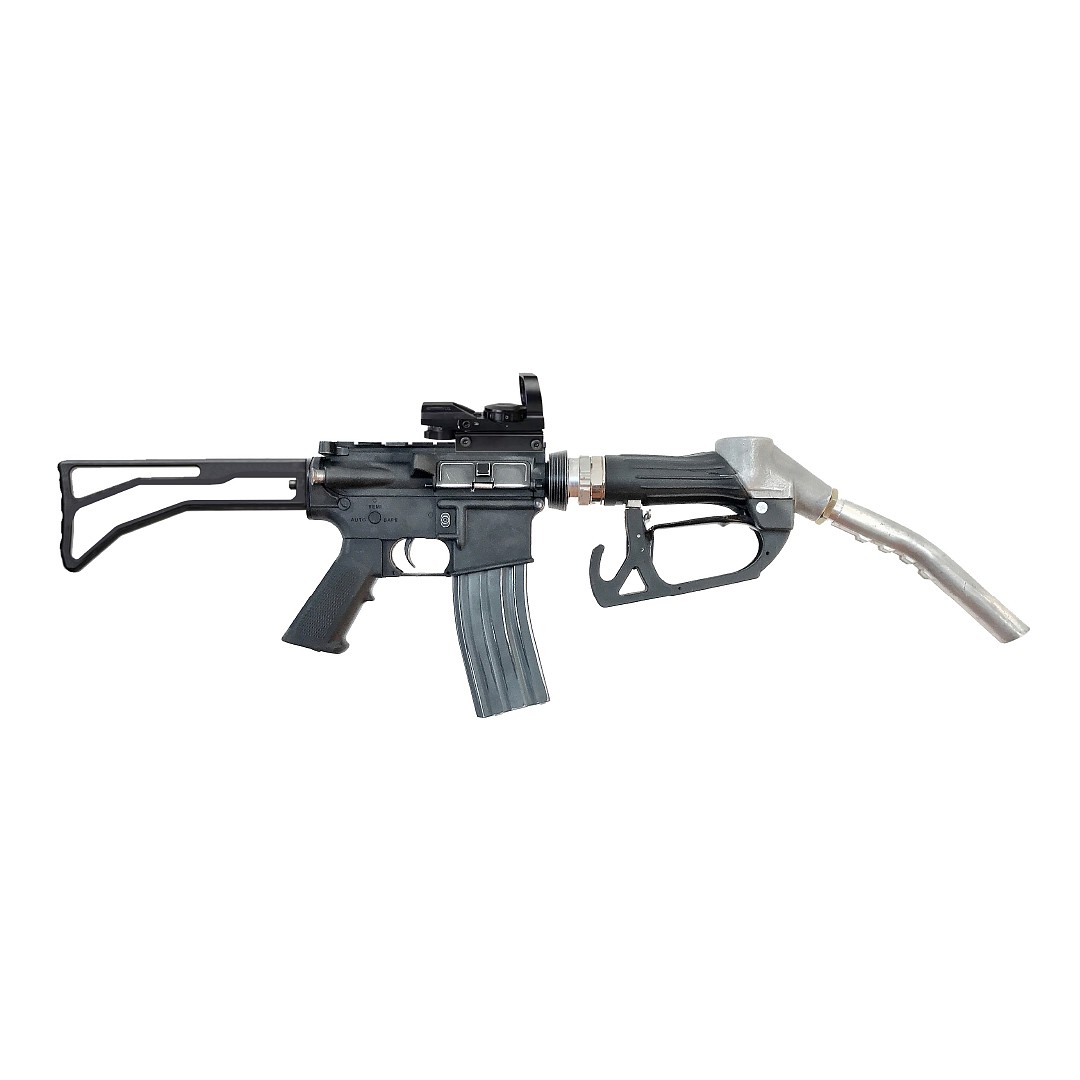 A solo exhibition by Michael MacGarry

CIRCA Johannesburg presents SUPERSTRUCTURE, the Everard Read group's fourth solo presentation of work by Michael MacGarry. The exhibition features a comprehensive body of new work across the Speke and Main galleries in sculpture, installation and two-dimensional works that extend the artist's practice focused on conjecture as to possible futures, the dynamics of natural resource extraction, registers of human infrastructural development and the attendant climate crisis coupled with critical engagements with the ontology of art making itself. The large-scale installation in the Main Gallery features a purpose-made score by electronica composer Markus Wormstorm. The exhibition is accompanied by a limited-edition catalogue. SUPERSTRUCTURE opens from 16h00 Thursday 03 June 2021 and will be on view through 03 July 2021 at CIRCA Johannesburg.

The 1987 film RoboCop was set in 2043 – the year I will turn 65, a traditional deadline for retirement from professional life. In 1990, I was 12 years old and apart from being largely unaware of the state of emergency boiling all around me in that autarkic circumstance called apartheid, I watched RoboCop repeatedly on VHS to the point that the magnetic tape snapped. I am not sure why I kept viewing this odd film, but I sense the effect is ongoing. The film's opening scene features a fictional news broadcast with a lead story on Pretoria as a city-state in 2043 threatening to use a French-made nuclear bomb against political opponents to white-minority rule. Given the kaleidoscopic vaudeville of lunacy in our present age, even a cursory glance at contemporary news feeds and the above broadcast almost reads as plausible within a context like the Korean peninsula. During the initial months of COVID-19 lockdowns I read international news feverishly – mostly in states of oscillation between boredom and dull terror in the real-time slow apocalypse called climate change. Through this process I learnt two key concepts; 1). humans are the strangest creatures currently living and 2). Doomscrolling – close relative to doomsurfing – which describes an excessive consumption of dystopian news and information.

A trend I noticed, and that continues to eat away at me from the inside, is the now daily occurrence of news items that describe, in real time, the effects of the rapidly evolving climate crisis. It is every day now, and intelligent news sources appear to be increasingly taking on a role like some kind of punch-drunk Cassandra. The dominant narrative in my parent's lives at my age was apartheid, mine is that life on this planet – my own, my children's and the rest of the nearly eight billion of us – is set to radically change. Back in 1990, as I was binge watching RoboCop in the suburbs while the country tore itself apart, there were half that number of people on the planet. While I don't read the news as much now, and binge watching in the COVID-era has taken on new measures of endurance entirely – there is a sense in which this pandemic could simply be an amuse-bouche for a coming environmental end game in the second half of this century.

In 1973, a computer program was developed at MIT to model global sustainability. Instead, it predicted that by 2040 our civilisation would end. I have found another side effect of excessive media consumption during the lockdown periods to be a blurring of inputs, where all media, my own memories, extracts from books and even phone messages melt into each other, like some gloopy informational fondue. SUPERSTUCTURE is borne, in part, of a need to articulate those times I have personally experienced this; where I will be thinking of something and cannot tell for certain if this is a memory I have lived through, or if it is from somewhere else. By this I mean; a story told by a friend; a dream; something watched on television, read on my phone or consumed on any one of a hundred other sources of media. That uncanny feeling of not knowing with absolute certainty whether those thoughts and experiences are mine, or if they were put there? These haunt the sense of who I am, my identity disintegrates into random memories – absent of a structured narrative and devoid of meaning. Stuck in circular time with neither the means nor desire to advance into the future. And there's also a downside! I understand artmaking as a way out of these circular trenches through the processes of researching and writing stories. These narratives then manifest as sculptures, films and exhibitions.

SUPERSTUCTURE is interested in the power of fictions more broadly – both my own (at least what I assume are my own) as well as those stories used to shape and maintain, maintain and shape, structure and control at a societal level. From the construction of fragile nation-states, to myths of policing, via the rise and fall of monuments and on to the cyclical resurrection of old ideas and ideologies – these are the stories we tell ourselves alloyed with those repeated from positions of market-obscured power all around us. We in turn, repeat these back to ourselves as hybrid dreams and nightmares. Such stories cannot tell us who we are but rather hint at who we could be, should be, must be if we aspire to be happy members of this human menagerie. Within this process, art or culture – whatever we call it – has long held a leading role in establishing the dominance of specific narratives and images of power designed to coerce, cajole and frighten for the benefit of those manning the marionette strings at any given time. It is our symbolic human noise and the focus of this exhibition.

This exhibition is generously supported by Belgotex.