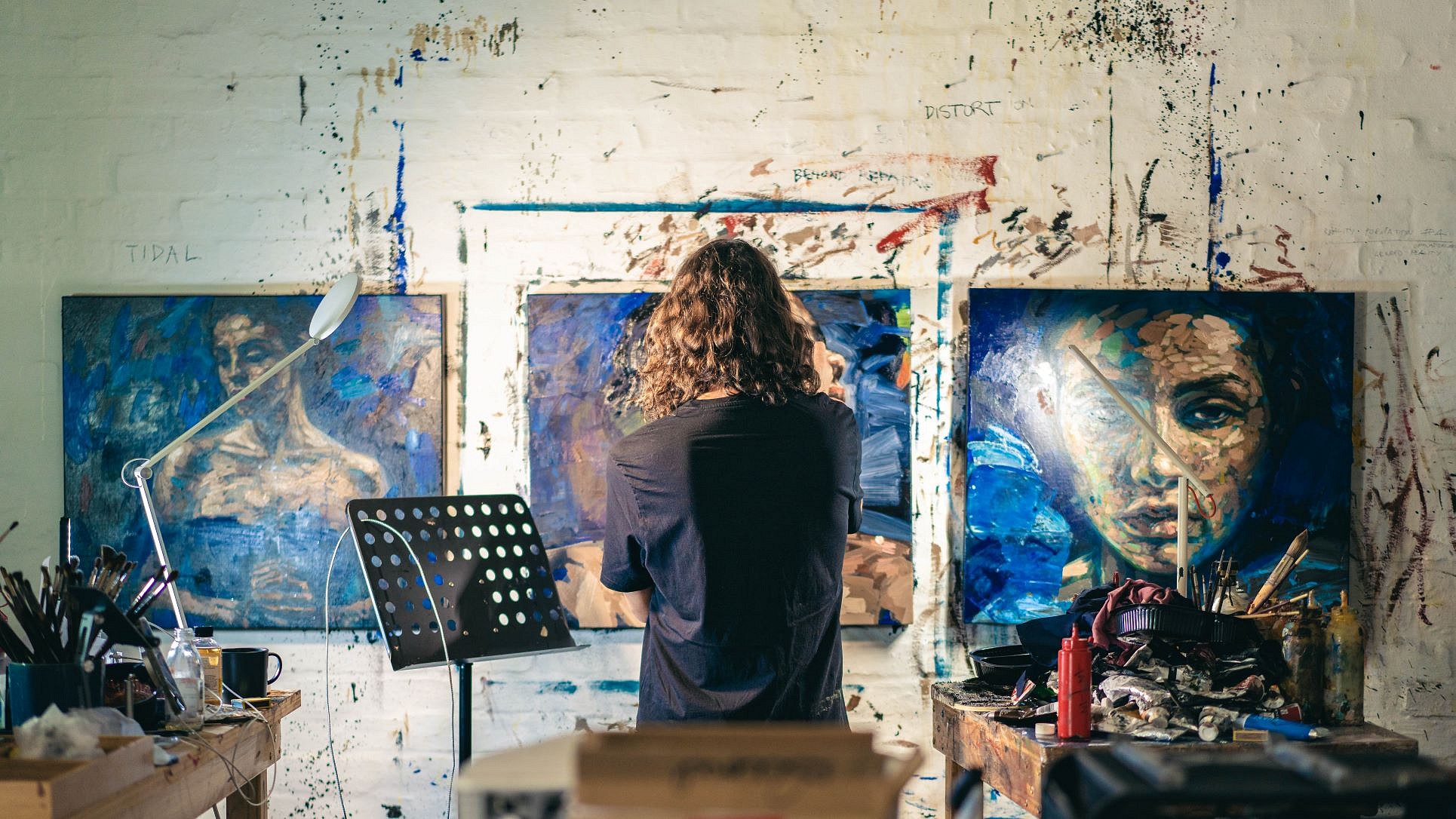 In physics, the “observer effect” refers to the disturbance of an observed system through the act of surveillance. Once studied, the subject matter is forever changed, its original essence transformed. This is the central preoccupation of Interlude, the latest body of work by acclaimed South African artist, Lionel Smit.

Through a series of impasto portrait studies of a single model, Smit’s new body of work examines and reconfigures the relationship between a subjective (observer’s) gaze and the observed subject’s relationship with that gaze. Interlude is an extension of the artist’s 2021 solo exhibition, Prelude, hosted at Everard Read, London.

The show can be regarded as a culmination of what matters most to Smit as a contemporary artist; bearing witness to, and exploring, a subtle range of veiled human emotions. This series draws inspiration from the anatomical studies painted by Jean Auguste Dominique Ingres (1780-1867), studies which Smit himself executes before embarking on his celebrated portraits. Technically, Smit demonstrates his mastery of oil paint, combining thick, gestural brush-strokes with layers of smoky glazes creating a hazy, sfumato, effect – exemplified by Renaissance masterpieces such as Da Vinci’s ‘Mona Lisa’. Smit’s models look out from the complex painted surfaces, observing the observer, and the viewer of the Interlude series is required to negotiate the control of the narrative.

The Interlude series also explores the artist’s simultaneous fascination with contemporary, technological concepts of metaverses and meta(versions), simulations, avatars, and how deep fakes influence our perception of reality. In the internet age, many versions of one’s self exist on different platforms, and each version operates within a community. Smit poses the question as to who ultimately controls individual identity in the digital age, where the division between subject and object is blurred and the “observer effect” creates distortions through the act of observation.

Lionel Smit has been producing visual art for almost two and a half decades; A curious and creative spirit, and gifted sculptor and painter. His latest exhibition can be seen as a coalescing of youthful preoccupations with technical portraiture and the ensuing explorations into the world of the abstract. Placed together, this evocative series of paintings and sculptures create an amorphous, fluid dialogue of expression, allowing the viewer to engage with the dualities, multiplicities, and veils of meaning that exist within the unique act of representing an individual in a deeply personal exchange.

The paintings and sculpture in this series depict a myriad of emotions and multiple, unknowable expressions, viewed from different angles, at different times, through different media. The sitter is perceived and their likeness ‘captured,’ in different moods and guises. Smit has chosen to return to the subject matter of his earliest oeuvre, but now uses the painterly techniques that he has mastered to powerful effect. Interlude thus demonstrates an artist at his zenith, confidently using paint to play with metaphysical concepts and the complex layering of human identity.