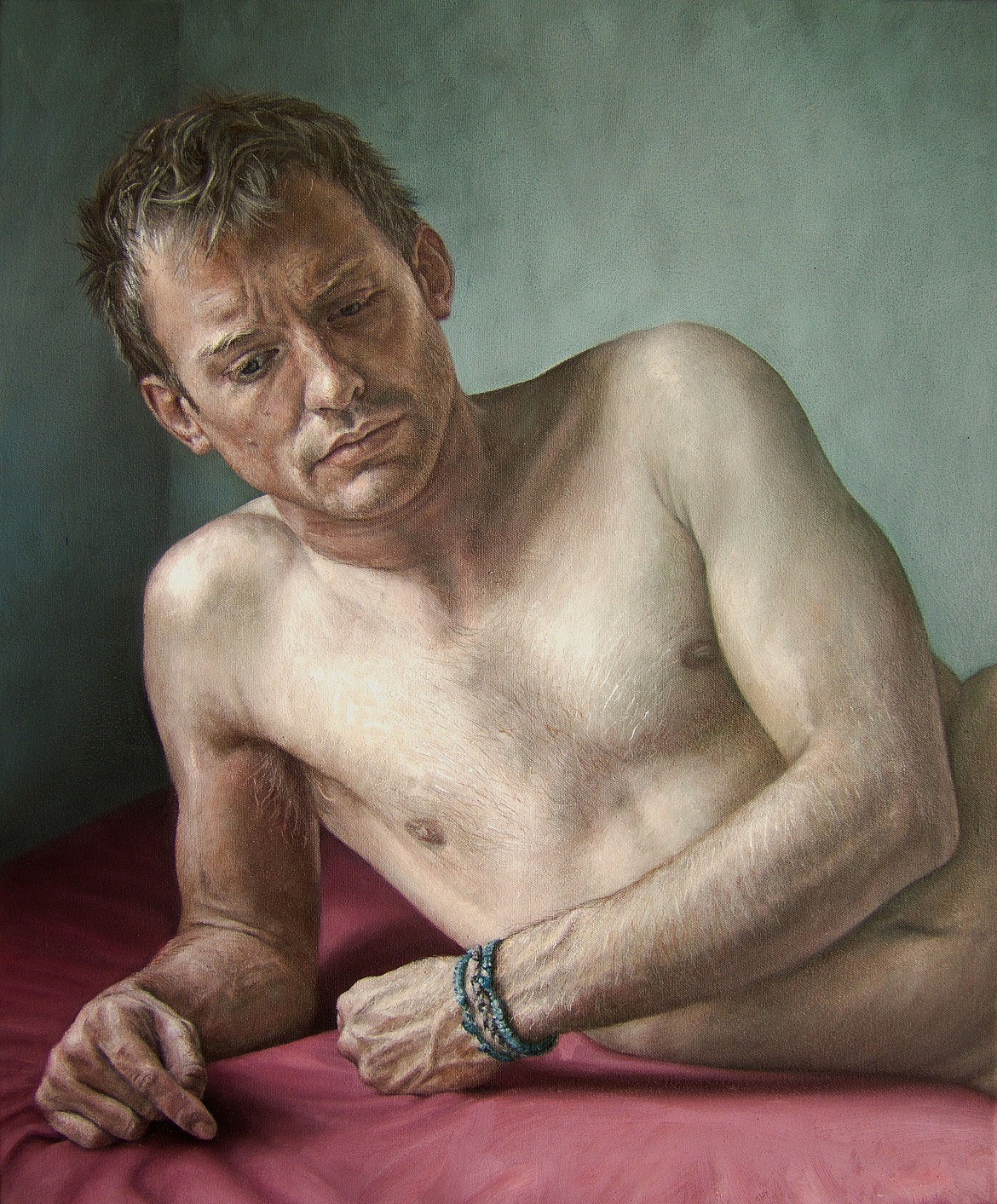 Heather Gourlay-Conyngham is one of South Africa’s pre-eminent realist painters, whose work has rarely been viewed in galleries outside her native KwaZulu-Natal.

In Being Human, Heather’s first solo exhibition in Johannesburg, the Everard Read Gallery showcases a powerful selection of work, most of which has been completed in the past four years. The exhibition also includes earlier works, a number of which have been loaned from permanent collections. One of these paintings is A Young Man, winner of the inaugural Sanlam Portrait Competition in 2013.

Curated to display a variety of themes that the artist has investigated, the unifying thread of the exhibition is humanity, seen either in realistic depictions of people or expressed in works that reflect the consequence of human actions.

This show consists of over 20 life-size paintings of people, as well as an installation. Some of the portraits have been commissioned, with the artist and her subject collaborating, while others are determined entirely by Gourlay-Conyngham’s interest in the person whom she has chosen to portray. A second group of figure paintings is idea-driven, with the model, as well as accompanying objects, playing an allegorical and lyrical role. This lyrical thread takes the work thematically into a third category: an installation, which includes drawings as well as three-dimensional forms.

All of the works on show - whether painted, drawn, cut or assembled - display fine, almost obsessive, detail and intricacy. Figures, plants, animals and inanimate objects have been acutely observed and painstakingly rendered, and the artworks instilled with tension and an innate energy. While represented realistically, some figures appear to be in limbo or weightless and seem to defy the spaces they inhabit. The manipulation of colour serves both to construct realistic forms but also to question the conceptual nature of colour, particularly the meaning of ‘whiteness’. Fabric, falling in soft folds and contours, and frequently depicted in this body of work, may be seen simply as the woven material of bed linen, or perceived allegorically as a metaphor for a shroud, or a restless ocean, or to function as the matrix of a mandala.

Similarly, the filigree-and-space combination in lace can serve either as adornment or something that hides or reveals. Furthermore, the idea of the absence of something suggesting a presence, and vice versa, is explored in several pieces.

Heather Gourlay-Conyngham’s enduring fascination with the human condition underpins this exhibition. Her empathy for her subjects, whether family or friends, or people whom she has got to know while working on a commission, or animals and plants, together with the respect with which she accords her subjects, is palpable. But in the installation, which serves as a shrine to highlight the destructive nature of mankind, it becomes evident that while seeking beauty in her works, her view of humanity is not uncritical.