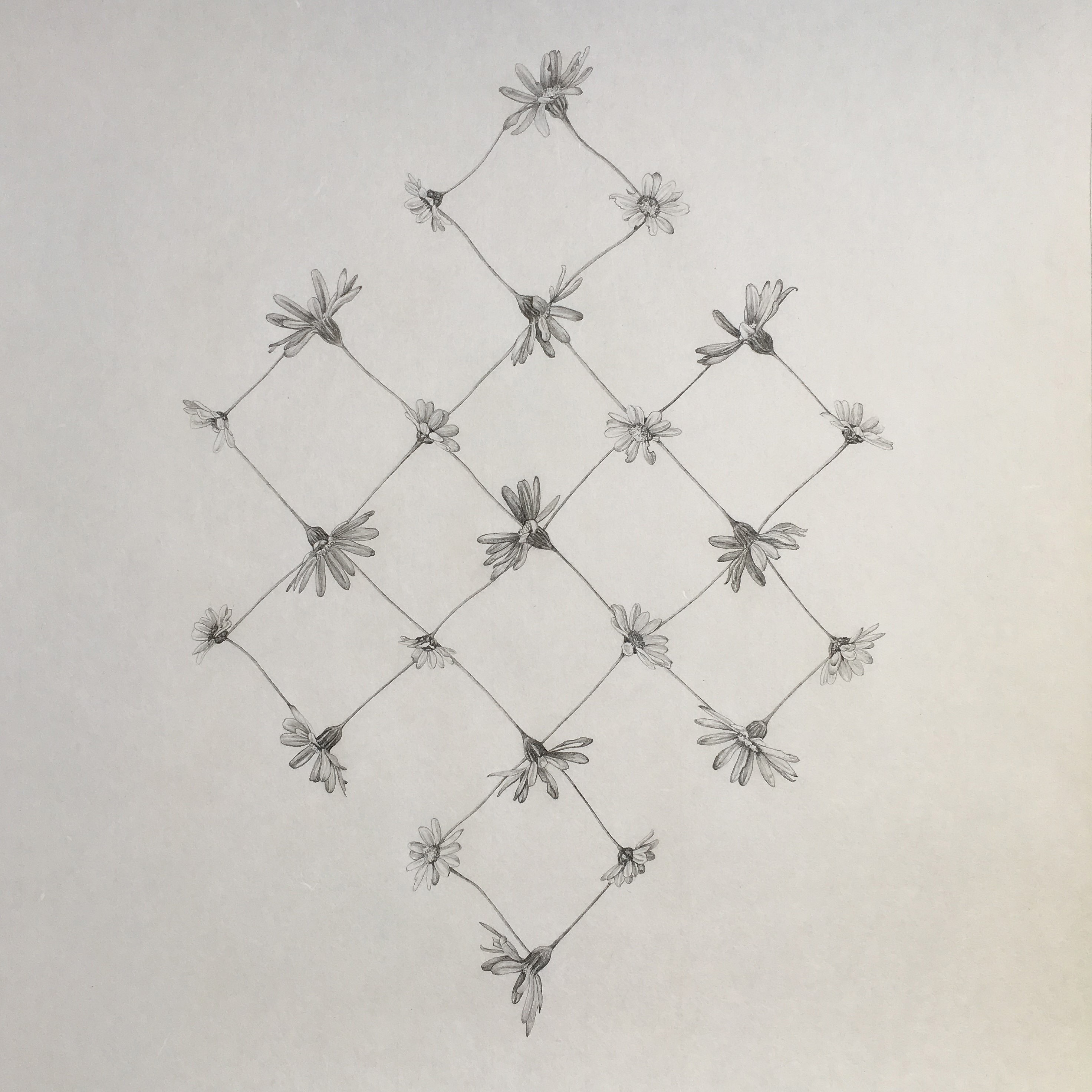 Jane Eppel is a South African artist living in the Cape Peninsula, where the abundant and diverse flora inspires and informs her work. 'Namesake' is Eppel's contemporary interpretation of the traditional genre of botanical art. Her nine copperplate etchings and three drawings are intricately detailed studies of local daisies – depicted singly, in sequence, or knotted into suggestions of further shapes and signs. The quietness of the works belies the physical rigour of their making: copperplate etching is a very laborious process; from preparing the sheets of copper to finally etching the needle-drawn lines in ferric chloride, a work can take weeks and even months to complete. The two largest etchings, 'Quest' and 'Exult' represent some of the largest etchings currently being produced in South Africa.

Though true to the ready familiarity of its subject matter, Eppel's flowers are not indebted to the conventions of photorealism: they operate as a form of storying, each of the 12 works taking its place within a series of interlinked points, stages and movements. The artist’s eye is an obsessive one, probing the sensitivity of every stigma and stamen and matching their specificity with the exactness of her incisions. Yet the micro gives way to the macro and some of the flowers allude to seemingly more remote forms – to the imagined lines of a constellation and the orbital planes of a planet or, conversely, to the smallest unit of an atom or the bonds of a molecule. Ultimately, ‘Namesake’ speaks to the movements of something or someone, depicting a passage of self-understanding in which endings and beginnings, exposures and enclosures, the finite and infinite, fold into one another or, like a daisy-chain, are always entwined from the start.

For more information and/or images, please contact gallery@everard.co.za 011 788 4805 or