@CIRCA - NIGEL MULLINS: Artefacts from the Anthropocene 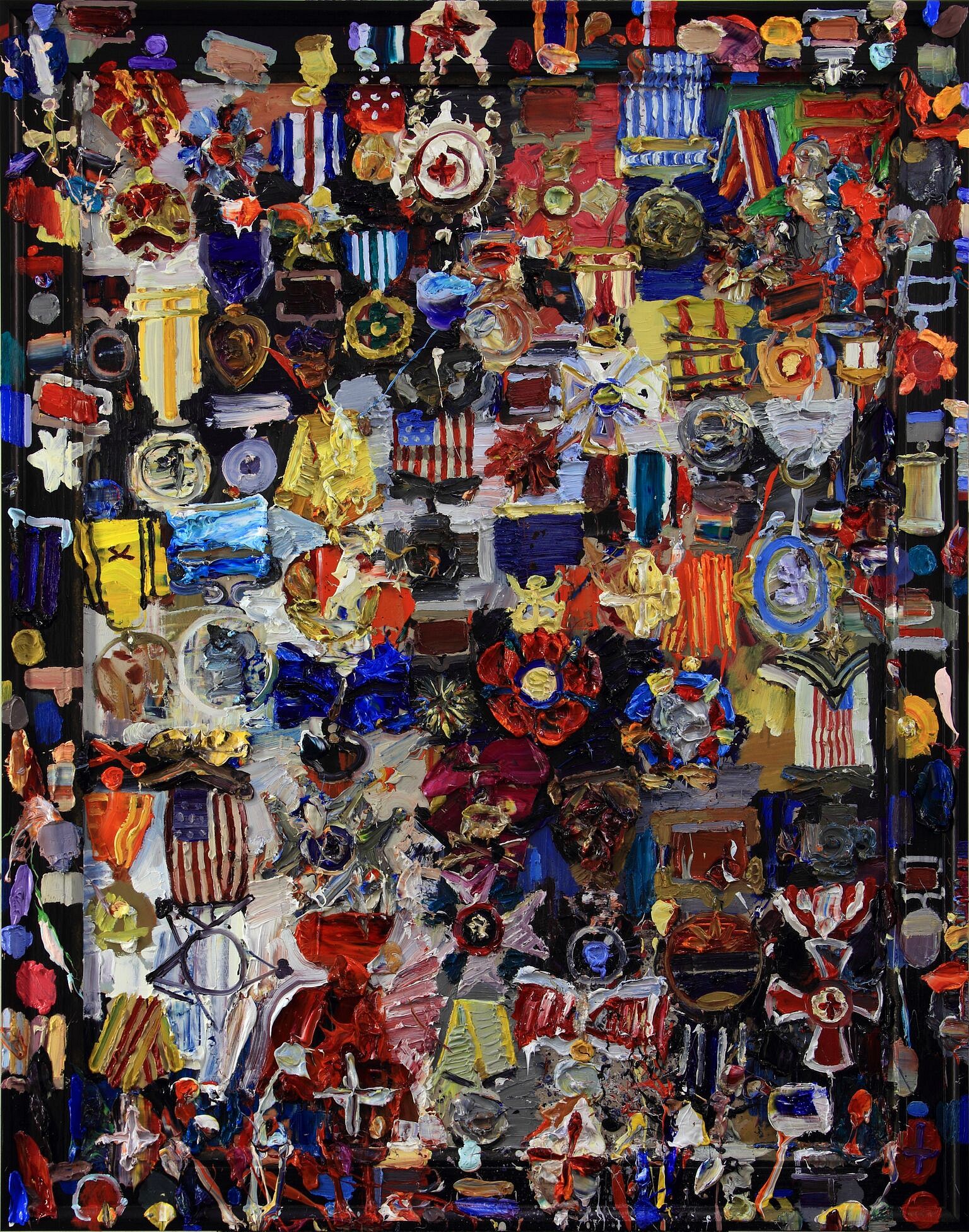 ARTEFACTS FROM THE ANTHROPOCENE

At first glance, the imagery of the paintings in the exhibition Artefacts from the Anthropocene appears so diverse that it seems difficult to see an underlying coherence in the works. How is it possible to view this body of work in a way which opens up the possibilities for connections and allows for meaning to be construed?

One possibility is to approach the exhibition in the same way that the artist approaches his subject matter and that is with the ability or desire to make lateral connections in order for meaning to emerge. Mullins says of this body of work:

“The exhibition is not a sober minded history lesson or critique of specific events. Each painting is a vehicle for contemplation, with its own references, and each work sits within a complex web of links; historical, ideological, conceptual or even just geographical. There are strong thematic threads and multiple interlinking sub-themes.”

In terms of these ‘strong thematic threads’, and to make a broad sweep, this body of work could be loosely categorised into three main areas of focus: leaders, mass gatherings and medals. What connections can be made between these?

Leaders or figureheads are representations (for us, looking back in time) of certain global eras or ages, for example Queen Victoria symbolising the Age of British Imperial Expansion, or political ideologies such as Communism as embodied by Chairman Mao, or perhaps liberation as exemplified by Fidel Castro (Cuban Revolution in 1959) and I Gusti Ngurah Rai (Indonesian War of Independence, 1945 – 49). These are eras and ideologies that detail the movements of the human march forward, along a timeline which stretches from Queen Nefertiti in 1370 BC to our present and which hold intimations of our future.

Mass gatherings can be seen as an expression of a populace’s relationship to their leader, whether this expression is one of support or of dissent - and the artist sees these gatherings as emblems of contemporary global existential states. The triumphal crowd at President Barack Obama’s inauguration, for example is in contrast with the Women’s March on Washington in 2017 which was part of a worldwide protest, mainly aimed at President Donald Trump for his views which were seen as an infringement on human and women’s rights. Mass gatherings and social media have provided us as citizens with a certain kind of global agency.

Mullins is fascinated by fetish objects as objects or ideas which provoke unquestioning reverence or as having magical potency and he regards paintings as potential fetish objects. We can equally see medals as fetish objects and as a hierarchical interface between leaders and the masses. The medals that the artist paints are army medals from all over the world and in this way not only speak about power and globalisation but also about military forces – the physical might that a leader may use to exert control. In visual similarity, but in ideological opposition to these military medals are the Lennon Walls of 1988 and 2014. The original Lennon Wall in Prague (literally a wall where young Czechs would write or draw out their frustrations in the 1980s) was the canvas of dissidents and students opposing the Communist regime and it was this wall which inspired the Lennon Wall of Post-it notes in Hong Kong during the Umbrella Uprising in 2014 with its messages of peace and hope for democracy and freedom.

To try to describe the scope of Artefacts from the Anthropocene by identifying the three interlinking areas of leaders, masses and medals is reductive, but it could be a starting point for the process of making lateral connections between these richly layered paintings through which we can make our own associations and look again at what we know of our past. This exhibition offers us particular details along the evolution of recent humanity: of how we got to be us, now.