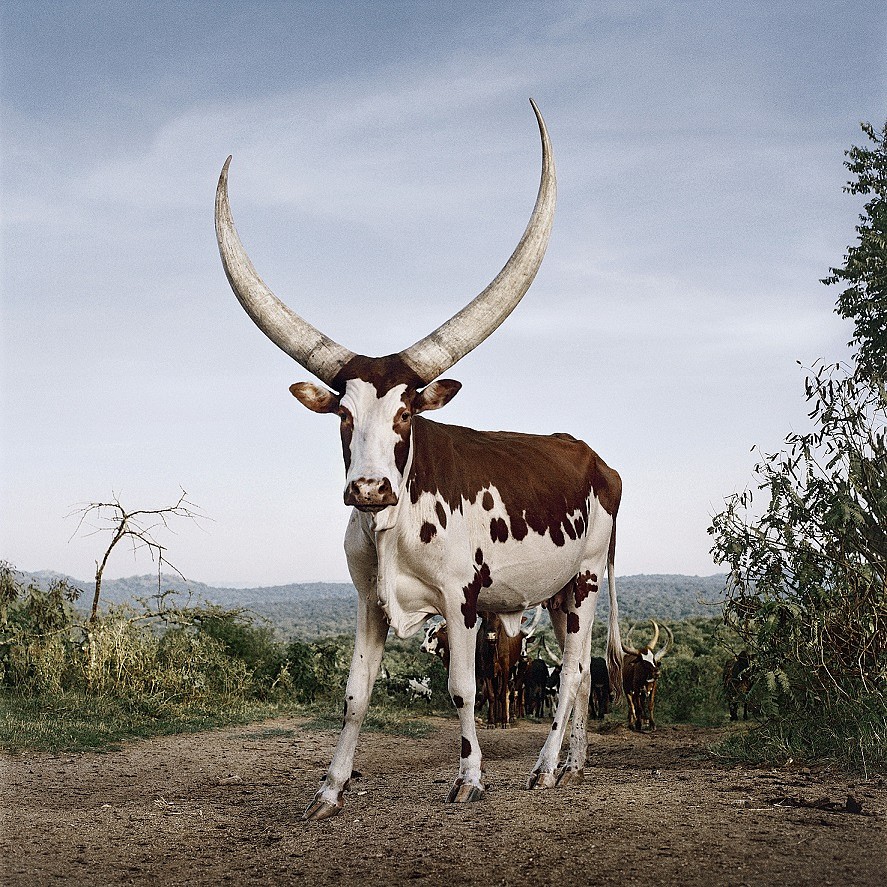 A DECADE OF SEEING

A Decade of Seeing is a reflection on Daniel Naudé’s various bodies of work over the last ten years. A tightly curated show of just ten works, A Decade of Seeing, celebrates the artist’s visual journey from 2008 to date.

For a decade Naudé has practised capturing and perfecting moments of stillness in the natural realm. In his upcoming exhibition A Decade of Seeing he shows a critical selection of works from his projects Animal Farm (2007-2012), Sightings of the Sacred: Cattle in Uganda, Madagascar and India (2012-2014), Bowerbird’s Bowers from the rainforests of Australia (2014) and his latest project Cattle of the Ages – Ankole cattle in South Africa together with President Cyril Ramaphosa (2017).

A Decade of Seeing, celebrates the artist’s visual journey from 2008 to date.

Martin Barnes, senior curator of photography at the Victoria and Albert Museum in London, observes that each of Naudé's photographs 'is a shared moment in time, one in which the animal and the human seem at once named and yet nameless, specific and yet universal. There is a mutual "now-ness" to this collection of arresting human-animal gazes, mediated by the camera. In total, they read like a remarkable series of ecstatic, intensified meeting points in which we query what it means to be alive, locked in momentary register with another sentient being.

Daniel Naudé's Animal Farm brings together 50 photographs taken between 2007 and 2012. In an introductory essay to the book. Naudé describes his initial encounter with an Africanis dog, in the desert plans of the Karoo, and the many road trips that followed in his photographic pursuit of these and other animals, their place in the South African landscape and their relationship to the humans that populate it.

Sightings of the Sacred:

In his portraits of cattle, Naudé brings into our time the long tradition of depicting the natural world with its rich references to classification and comparison. In many respects, this tradition faded in the 20th century because there were very few lands and creatures left to classify as the world had been mapped and the animals of the world named. The heightened presence of the animals in his images allows us to experience the awe and wonder that accompanied the reception of images and reports of exotic animals when they reached Europe in previous centuries.

Yet, those images were invariably composites - drawings brought together elements that were unlikely in reality to be seen in the same frame. In our present day, the wide use of Photoshop continues the use of multiple images to create a single, often unusual image. In Naudé's case however, within a single photographic frame, he inexplicably captures a strong presence of the animal, usually in a sculptural pose, set within an apt descriptive landscape, and lit naturally, despite having very little control over all these elements. Thus the images seemingly defy reality and heighten the sacred status of the cattle. When seeing them for the first time, after an initial wonderment at the animal's presence, the mind grapples with the understated improbability of the image and is compelled to look again and again for clues to its composition.

The project attempts to show that there is a language right before our eyes that we as human beings cannot access – similar to seeing hieroglyphs of the first time. But it leaves us with traces and a sense of communication between animals. And yet there is this connection, perhaps a broken link, of man-made objects. It provides some clue: analysis and deconstruction are the only tools we have.

Bowers leave us with what is perhaps the essence – documenting numerous bowers, analyzing them and making deductions, prompted this question: does the act of obsessively collecting beautiful things (whether cars, jewellery or clothing) lead us to the core of attraction? Do the things we collect and our self-image project another message or meaning to the world? Is it necessary to collect?

These photographs depict a structure of and for attraction; scrutinizing the photograph/bower can render us mindful and heedful of ourselves and our way of living. The bower is a reflective structure.

Cattle of the Ages:

It is here that the story of the Ankole unfolds. These cattle are as ancient as the land and the mountains that surround them and are in mystical harmony with the earth. They are indeed the Cattle of the Ages. The graceful monement of these amazing creatures speaks to the gentle whspers of the ancestors in the wind that blows through the tropical grasses and treetops.

Naudé was born in 1984 in Cape Town, where he continues to live. He graduated with a BA Visual Arts Honours degree from the University of Stellenbosch in 2007.

Naudé’s first book, Animal Farm, was published by Prestel in 2012, followed by Sightings of the Sacred: Cattle in India, Uganda and Madagascar in 2016, also by Prestel. His third book Cattle of the Ages together with President Cyril Ramaphosa was published by Jacana Media in 2017.