@CIRCA - MICHAEL MACGARRY: WE ARE NOW, WHAT YOU ONCE WERE 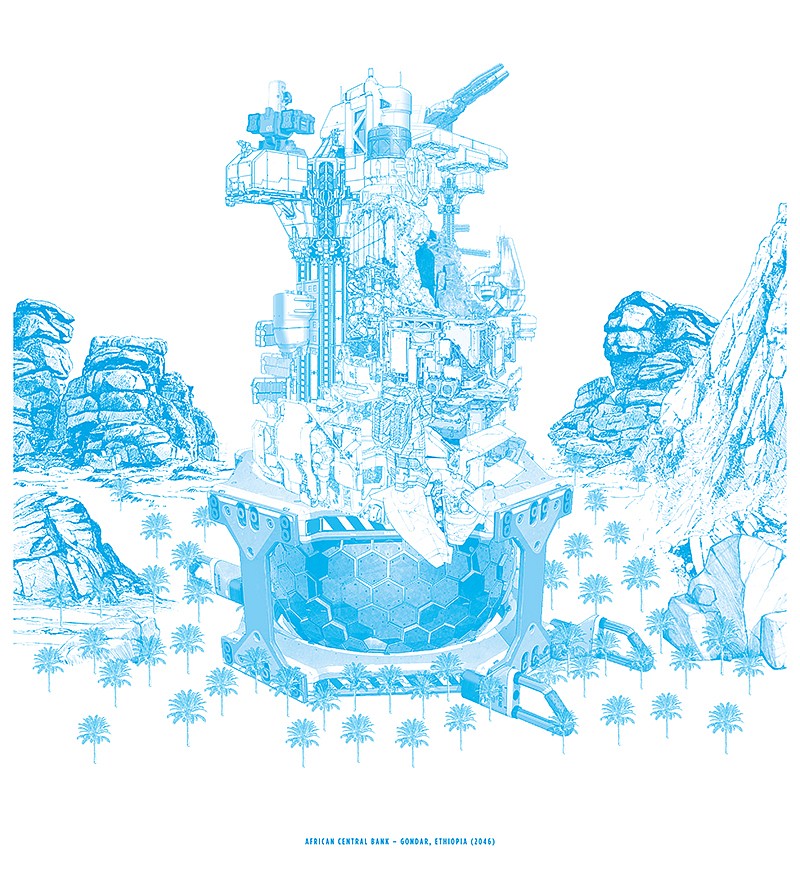 We are now, what you once were.

A solo exhibition by Michael MacGarry

When you speak of our weaknesses,

Also of the dark time

That brought them forth.

We are now, what you once were. presents a new body of work across sculpture, video, installation and performance. The exhibition will be opened with a performance by Michael MacGarry, accompanied by Dr Kanada Narahari, a Durban-based master Sitar player in the Raga school of Indian classical music.

The exhibition continues the artist’s exploration of the narrative capacity of objects, ongoing legacies of Modernism and the mechanics of identity construction within his own Irish-Italian heritage and upbringing in KwaZulu-Natal, South Africa. The opening performance for the exhibition is staged as a five-part cycle of large-scale drawings and physical interaction with the artist’s sculptures and sculptural props. The performance cycle is a linear narrative of overlapping spheres in the construction and retention of power – both personal and institutional. Soapbox politics, education access, social mobility, dual citizenship and the yawning maw of a suburban upbringing, all register in the artist’s abstractions on the personal making of place and self in South Africa right now.

The opening performance is accompanied by master Sitar player Dr Kanada Narahari. The concept and practice of the Raga tradition is central to classical Indian music. The form has no direct translation to concepts in the classical European music tradition. A raga consists of a minimum of five notes performed in D, providing the musician with a musical framework, with the specific notes within a raga reordered and improvised by the musician within a given performance. The word raga translates as colour or colouring dye from the Sanskrit – with the form considered in the Indian tradition to have the ability to ‘color the mind’ and affect the emotions of the audience.

The title of the exhibition We are now, what you once were. is a corruption of the memento mori (translated from the Latin; Remember that you will die) found in the crypt of Santa Maria della Concezione dei Capuccini in Rome. The medieval theory and practice of reflection on mortality, given the vanity of life and the transience of all earthly goods and pursuits.

A purpose-made, feature-length video – titled Der Magnetiseur (2018) – will be presented for the first time. The video concerns a carnivalesque self-portrait of the artist, as a live-filmed performance of MacGarry playing a 60-minute composition on a digital piano with extended prosthetic arms, whilst seated on a slowly rotating platform, in front of a House of Mirrors set. The title is drawn from Prussian Romantic author E.T.A. Hoffmann’s (1776-1822) short story of the same name (Der Magnetiseur), first published in 1814. The story details the actions of Alban, a physician engaged in the mesmeric hypnosis of a second character named Mary. Hoffmann's short story portrays mesmeric communication not as a healing force – but as a manipulative power, invading and colonising the mind, resulting in terrifying loss of self and ultimately death of the female character, Mary. A recurrent trope in 19th century Romantic literature – somnambulism (or sleepwalking) – was understood at the time to be a condition of women. Contemporary gender studies have largely focused on the role that somnambulism plays in the construction of femininity. Interpretations of literary depictions of male somnambulism from the time however, tend to be determined in two primary ways; as indicative of a feminised male subject or as a metaphor for larger political and social issues. Constructed as Menippean satire, MacGarry’s Der Magnetiseur, presents a narrative focused on the magnetism (hypnosis) of a man by a man (the artist himself). Shame as a function of witnessing in the resulting somnambulism – proposes a marginalised masculinity, one in which the male body is revealed as frail, penetrable, and weak; a corruption in normative gender binaries. Menippean satire is a form characterised by attacking mental attitudes rather than specific individuals or entities, a central tenant being the power of physical images to satirise ideas. Of particular focus is Mikhail Bakhtin's reading of Menippean satire within the carnival sense of the world, and hence the burlesque visual character in MacGarry’s film.

We are now, what you once were. further features a broad series of new works from the artist’s ongoing Tontine series of large-scale sewn textiles utilising found cement packet paper, as registers of industrial progress and infrastructural development in key Sub-Saharan African countries. The inclusion of the bamboo as well as the form of several of the works themselves, aim to align these concerns to current narratives surrounding the growing China-Africa relationship, notions of capital flight and issues surrounding foreign direct investment, as well as the artist’s own relationship to context and personal history. By extension, works from MacGarry’s continued Super Tomorrow series rendered in steel-reinforced concrete and found objects, function as pieces of corporeal architecture; body parts of buildings as secular shrines to progress and human civilisation, albeit through an optic of skeptical optimism.

Parang (2017) – a two-channel video operates within the realm of Harrald Szeemann’s notion of individual mythologies – following a circuitous, omni-linear route via one channel of the lifecycle of the silk worm from birth, through growth, into pupae, chrysalis and metamorphosing into a moth that mates and dies once all its eggs are laid. This narrative, is paired with a second video channel detailing the graphic disruption of key architectural references from the artist’s own life and family history through stop-motion animation. Running through these spaces of habitation and remembering are two objects the artist’s family brought with them from Malaya (now Malaysia) to South Africa in 1958; a 12-gauge shotgun and a small ivory carving. The two-channel video loops endlessly and is in part an exercise in the entropy and absurdity in constructions of self and place.

In the ground floor gallery, MacGarry debuts his most recent photographic monograph titled Kilamba Kiaxi (2018), focused on a new city 25 kilometers outside Luanda, Angola financed and built by Chinese companies, backed by Angolan oil futures and the single largest investment project by China in Africa at US$3.5billion. The launch of the special edition of the monograph is presented alongside works from his ongoing 100 Suns series of large-scale drawings detailing conjecture as to possible future urban development within the context.

Michael MacGarry is a visual artist and filmmaker based in Johannesburg, South Africa. He holds an MFA from the University of the Witwatersrand (2004). His work has been exhibited and screened internationally for ten years - including TATE Modern, Guggenheim Bilbao, VideoBrasil, Short Film Festival Oberhausen, International Film Festival Rotterdam, Clermont-Ferrand International Short Film Festival and Rencontres de Bamako. MacGarry's practice is focused on researching narratives and histories of socio-economics, politics and objects within the context of Africa, principally in spaces where contemporary life is in a state of invention and flux.