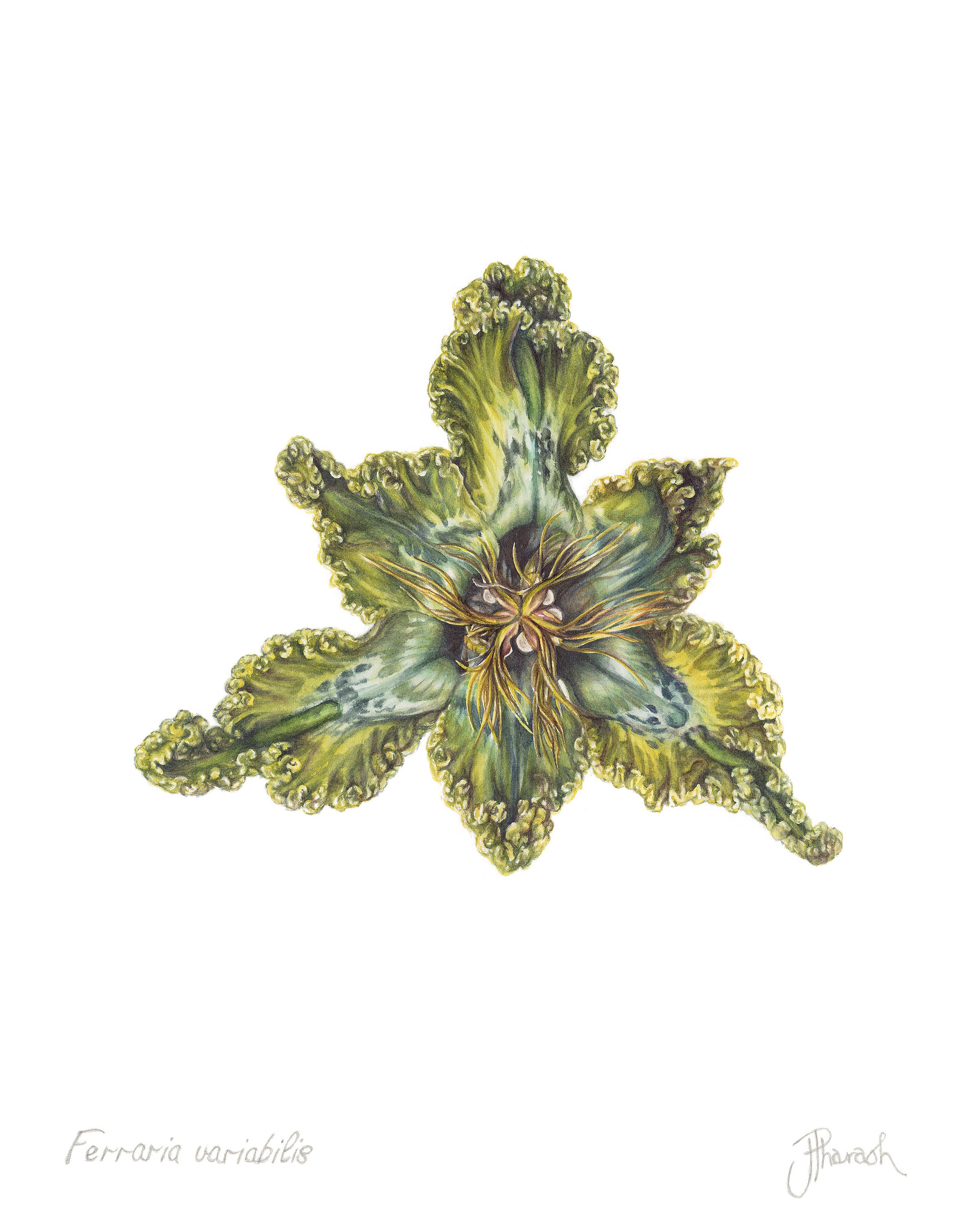 Exhibitions of original contemporary botanical art will be curated by participating countries around the world based on the theme of indigenous plants. Hundreds of artists will capture in paint, ink or pencil, plants native to their home countries to raise awareness of wild plant diversity. The American Society of Botanical Artists initiated this worldwide exhibition of botanical art entitled Botanical Art Worldwide in which 25 different botanical art societies will participate.

All exhibitions will run over May 18, 2018, which has been named the Worldwide Day of Botanical Art with the aim of linking people with plants through contemporary botanical art. A digital compilation of images from all exhibitions worldwide will be shown at each participating venue, alongside that country’s original artworks.

Prior to the 19th century, botanical art and botanical illustration were of great importance in the documentation of plants discovered by explorers. Contemporary botanical art places greater weight on the aesthetics and composition of the art work than it does on recording the scientific detail that traditional scientific illustration does. Botanical art in South Africa is a relatively new genre and the Botanical Artists Association of Southern Africa (BAASA) intends to use the opportunity presented by this internationally-linked exhibition to showcase this form of art and create exposure for the botanical artists.

The South African Botanical Art Worldwide Exhibition, under the auspices of BAASA, will be held in Johannesburg in May 2018 at the Everard Read Gallery, Johannesburg. 83 Southern African botanical artists have been selected to display work.

The South African Botanical Art Worldwide exhibition will be curated by Gillian Condy, a founding member and current Chairperson of BAASA Gauteng. Gillian began her career as a Natural History Illustrator in the United Kingdom and went on to earn her Masters in Art from the Royal College of Art in London.

She has just retired as the resident botanical artist at the South African National Biodiversity Institute (SANBI), a position she held for 34 years. During her tenure with SANBI she had also been an active freelance artist and has illustrated 3 books, taken part in more than 190 exhibitions locally and internationally and produced paintings for 17 sets of stamps for South Africa and Botswana. Gillian has won gold at the Royal Horticultural Society exhibitions, as well as being presented awards by the Linnean Society in London the Botanical Society of South Africa and the South African Association of Botanists. Her work is included in the Highgrove, Transylvanian and Sydney Florilegiums. She has also received multiple awards at the Kirstenbosch Biennale. In recognition of her contribution to botanical art Gillian was presented with Honorary Life Membership of BAASA and has a cliff dwelling aloe from the Drakensburg named after her - Aloe condyae.